The SIM card refers to the chip inserted in mobile terminals to access the network. It makes it possible to personally identify the user and to record all the information relating to the network of the operator to which the latter has subscribed. Sometimes, it gets locked and only opens with the help of puk code. Nobody knows that how can we unlock sim card without using puk code. So, today in this article we will explain you how to unlock sim card without the puk code.

◆ How to unlock sim card without the puk code?

The terms “blocking” and “locking” should not be confused. The first applies to a SIM card, the second to a mobile terminal.

Most mobile terminals sold with a mobile telephone subscription are locked. 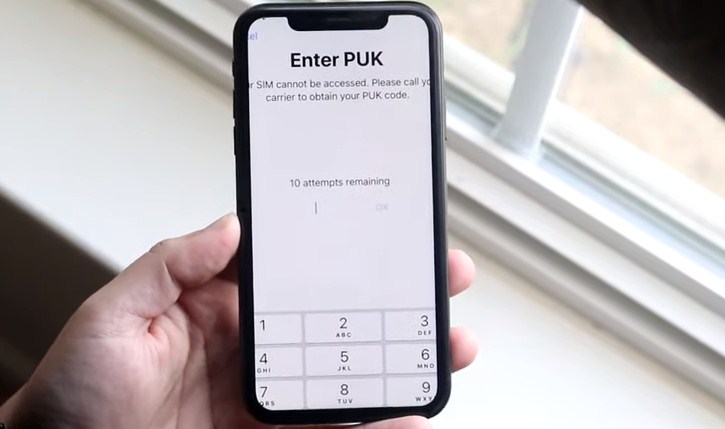 Unlocking is possible at any time. It is, depending on the customer’s situation and his telephone contract, free or billed

The “blocking” of the SIM card occurs after 3 incorrect PIN code attempts have been entered in succession when switching on a terminal. To unlock a SIM card, you must enter a special code – known as the PUK code – which can be obtained from the operator’s customer service. The communication of this PUK code is sometimes invoiced by the operators (see in particular the general conditions of sale or the tarrif guide).

The subscriber can at any time ask the operator who sold him a locked terminal – and him alone – to unlock it.

Free unlocking depends on whether or not there is a commitment period and the time elapsed since the date of conclusion of the contract.

However, for consumers subscribing to an operator who is a member of the Federation  Telecommunications (FFT), this free unlocking period is reduced to three months. Orange, Bouygues Telecom, SFR, OMEA TELECOM (Virgin Mobile, Teld 2 mobile, Breizh mobile, Casino Mobile), M6 Mobile, NRJ Mobile, La Poste Telecom, Universal Mobile have in fact committed unilaterally in the presence of the Secretary of State in charge consumption, on September 23, 2010, to introduce free unlocking after a period of three months instead of six months.

Before the expiry of these deadlines, the unlocking is likely to be invoiced by the operator according to the tariff conditions in force applicable to your contract.

Terminals sold with mobile telephony offers without a commitment of duration must not be locked. If this is not the case, the operator must immediately proceed to unlock the terminal.

◆ Why do sim gets locked?

According to the operators, the locking of the terminals allows them to prevent the terminals that they sell and which are, in general, financed by the payment of the telephone subscription, from being used on the network of another operator (with another operator’s SIM card). This is a process used by operators to fight against certain cases of theft or fraud.

Terminals locked by an operator cannot, without first being unlocked, be used on another operator’s network. This means that a consumer wishing to change operator while keeping his terminal will have to have it unlocked beforehand.

Consumers must therefore ensure that their terminal is unlocked before terminating their contract or before requesting the portability of their number on the network of another telephone operator.

Conversely, as long as he does not change operator, a customer can change the SIM card of his terminal without unlocking it. This is the case when a customer receives a new SIM card from their operator. Similarly, changing the subscription plan with the same operator does not require unlocking the terminal.

What precautions should be taken before buying a second-hand mobile terminal?

To be able to use such a terminal regardless of the mobile operator chosen, it is important that this device is not locked. Indeed, a terminal locked by an operator cannot be used on the network of another operator.

Prior to any purchase, the buyer is therefore advised to check with the seller that the terminal he wishes to acquire has been unlocked.

The buyer of an unlocked second-hand terminal must in principle turn to the seller of said terminal: he is indeed legally the only one who can obtain the unlocking process from the operator from whom he had it himself. bought.

What actions must be taken in order to sell a used mobile sim card?

For a mobile sim card to be able to be used regardless of the chosen mobile operator, it is essential that this terminal is not locked. Indeed, a terminal locked by an operator cannot be used on the network of another operator.

The seller of a second-hand terminal must therefore clearly inform potential purchasers of whether or not the terminal sold is locked and, where applicable, of the consequences of this locking on the use of this terminal (by specifying in particular the network on which the device is locked).

To sell his unlocked mobile terminal on a telephone network, the seller must first have it unlocked with the operator who sold it to him.