In this tutorial we will explain you how to sort contacts on iPhone 13 for a classification by name or first name and the display of your choice.

To change it to your preferred sort order, just follow outlined steps.

Step 1: From the Home screen, tap on the Settings. 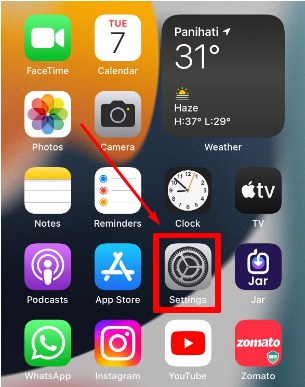 Step 2: Now you can see Settings app menu, scroll to find and then tap Contacts.

Step 4: On the succeeding screen, tap to mark your preferred sort order. You can choose whatever you want First,last or Last,first. 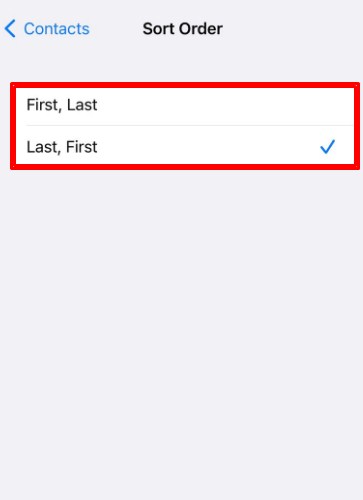 We sometimes tend to forget it but the iPhone is also a phone and a good phone needs a function to manage its contacts. Obviously, Apple has provided several ways to classify your contacts on its smartphone. There are two important functions: sort order and display order. The sort order determines how contacts are sorted: iPhone always sorts alphabetically, but it can sort either the first or last names of your contacts.

The display order manages which of the first name or the last name appears first in the list of your contacts. In the end, there are therefore four ways to classify your contacts. In this tutorial, we see how to access Contacts preferences and then how to configure your iPhone so that your contacts are always organized the way you want.

Before looking at how to sort your contacts, we look at how to properly create and/or modify a contact on your iPhone.

The recommended way to create a contact is simply to follow the directions on the iPhone. When you create a new contact, iPhone guides you through a first name box and a last name box. You have to try to respect the box and not put the name instead of the first name in the hope of influencing the way the iPhone sorts the contacts. If you are editing a contact, check that the first box at the top contains the first name and that the box below contains the last name.

Once you have entered the first and last name in the correct places, you no longer need to touch the contacts themselves. There are options to change the way contacts are sorted and displayed. It is therefore preferable not to use the way of entering the name and the first name to influence the sorting or the display.

We will now see how to access the preferences for sorting and displaying contacts.

We will locate the two options Sort order and Display order and tap on each option to ensure that we have both the sort and the display on First name Last name.

We go back to the contacts preferences and make sure the Sort Order is set to First Name Last Name. On the other hand, we tap on Display order to change the option to Last name First name.

In Display Order we change the option so that Last Name First Name is selected.

Back in the contacts list, we see that the contacts are sorted by first name: Nadine, Naouelle, Nathalie and Nicole are in alphabetical order and are in bold. Regarding the display, we see that the name appears first followed by the first name. This third way of organizing is probably an unusual way to classify contacts, but it is possible to obtain this result.

Voila, the two options Sort order and Display order are both on Last name First name.

In the contacts we see that the names are in bold: the iPhone therefore classifies the contacts in alphabetical order according to the name. In addition, the surname appears before the first name.