The BIOS, acronym for Basic Input / Output System, is the program that manages the procedure that goes from turning on the PC to starting the operating system used to access the hardware and integrated peripherals. In this guide we will see how to enter BIOS Windows 10.

For inexperienced users, we remind you that in computers produced from 2010 onwards the → BIOS has been progressively replaced by the →  UEFI .

The procedure described can be used in all versions and editions of Windows 10 and is valid for all Acer, ASUS, Dell, HP, Lenovo and Toshiba personal computers. 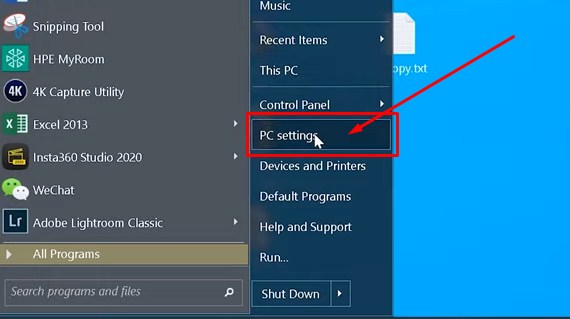 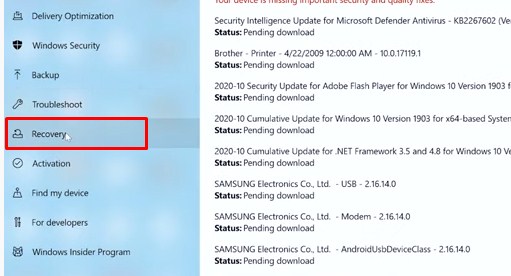 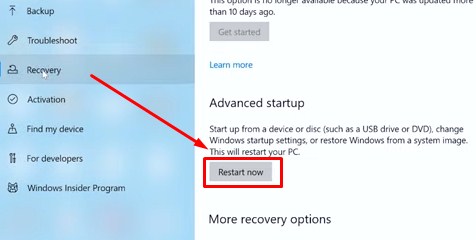 Important : before proceeding, close all running apps and programs and save all open files. After reboot, the Windows Recovery Environment window will appear.

The Windows 10 recovery environment can also be invoked by clicking Restart from the Start menu and holding down the Shift key or the key on the computer keyboard. After a few moments, the Choose an option window will appear. 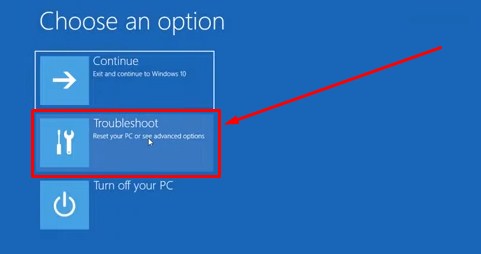 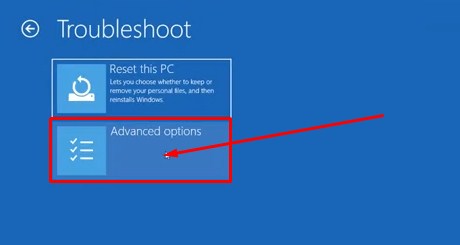 ◆ How to enter BIOS if Windows 10 is installed in legacy mode?

To access the BIOS with the operating system in legacy mode we must press a key or a combination of keys on the PC keyboard during the POST phase (acronym for Power-On Self-Test), the self-diagnosis phase of the computer used to check the correct functioning of the hardware.

The key must be pressed immediately after turning on the computer but just before the operating system starts loading . If the key is pressed too early or too late we will not enter the BIOS because Windows will start.

But let’s go in order and start by explaining how to identify the key to press.

◆Which key should I press to enter the PC BIOS ?

There is no common key for all computers. This is because each hardware manufacturer uses its own BIOS entry key.

The most used keys are those indicated below but depending on the model and brand of the PC they may change.

Del (is the Del key in the Italian keyboard)

◆How to identify the key to press ?

Let’s see how to identify the key that allows you to enter the BIOS of Windows 10.

We press the power key on the computer. If the computer is already on we have to restart it.

We pay close attention to the first screen displayed on the monitor. This screen will remain visible for a few seconds, just before Windows loads.

We look for the message that indicates which key or which combination of keys we have to press to enter the BIOS. The message could be placed anywhere on the screen.

The most common messages are as follows:

For example, in the message Press DEL to run Setup in the following image it is indicated that the key to be pressed is Del (Delete), corresponding to the Canc (Delete) key on the keyboard.

◆ How to press the key correctly ?

After identifying the key, let’s quickly press it on the computer keyboard.

You may need to press the key several times , repeatedly but we don’t hold the key down too long.

If we have pressed the key or the key combination in the correct way, the PC BIOS window will be displayed.

◆ What to do can not identify the key to enter the BIOS ?

Sometimes it is not possible to identify the key or combination of keys to use to enter the computer’s BIOS because the message indicating which key to press is displayed for too short a period of time.

In this case, as soon as the first screen appears, we press the Pause key on the computer keyboard to freeze the screen during startup.

To cancel the pause and restart the start, press any key on the computer keyboard.

◆What to do if the message indicating the key to enter the BIOS does not appear ?

On some computers, an image with the manufacturer’s logo is displayed instead of the initial screen indicating which key to press.

To remove the image, press the Esc key or the Tab key while the logo is displayed.

If we are unable to enter the BIOS in any way, we refer to the manual of the computer or motherboard or we look for information on the Internet.

◆ How to exit BIOS / UEFI and start Windows?

To exit the Windows 10 BIOS and start the operating system we normally have to press a key on the computer keyboard. Also in this case the key changes according to the manufacturer but is always indicated in the BIOS interface. The most common keys are as follows: